Throughout Africa I have been dodging wild and domestic animals wandering on the road.

Each of these animals has a different character and needs to be approached and passed accordingly.

The most common is a goat. Amazingly these have the best road sence. They hear you coming and run off the road quickly. If less than halfway across they will turn back the way they came. I have even seen mother goats heading off their kids to push them off the road. I was thinking I had seen no road kill goats by the side of the road. But within an hour I came across a group of vultures. Guess what they were eating. 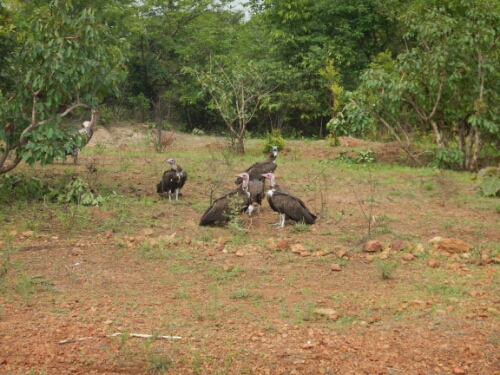 The next most common is the cow. When you approach them they will either continue lumbering along or will stop and stand where they are. Cow slalem is called for when there is more than one to pass. I have seen a flying cow when a 4×4 car plowed into it without slowing. The car carried on as if nothing had happened and the cow got up and limped away.

Next would be the dog. These are completely unpredictable. They can stand still, run away or run into your path. I am amazed to see so many still alive given their poor road sence.

Less frequent are chicken who leave it till the last second and then run away; and camels who have the same reaction as cows.

I have managed to avoid all these obstacles so far.