After breakfast with Steve in Noukchott I started North through the desert. The wind was fierce from the start and 90 degrees to the road. At least it was a steady constant wind not gusting.

The landscape is definitely shaped by the wind? I saw crescent shaped sand dunes, the type that creep across the landscape over many years. 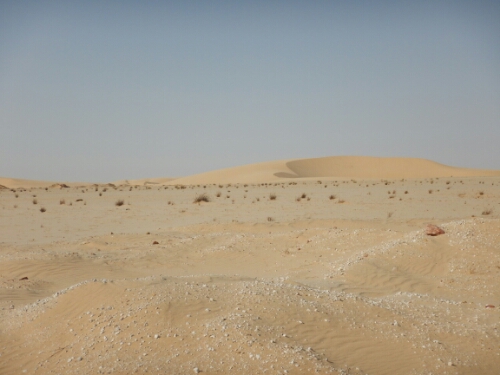 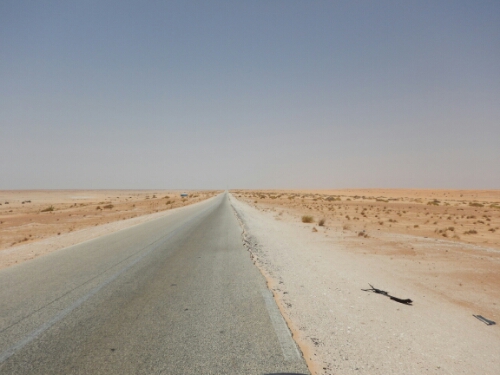 So I got bored and took a selfie 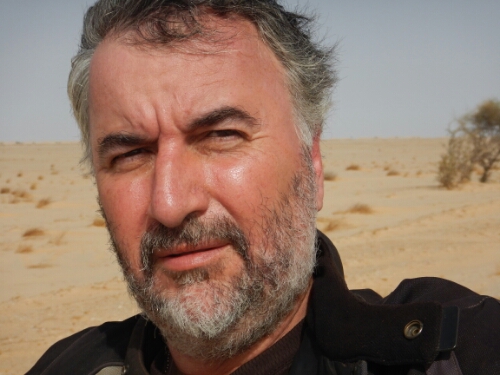 Then something happened that I don’t really want to relive in a blog but this a warts and all account. so…

A goat at the right side of the road suddenly panicked and ran into the road in front of me. I braked and swerved left the goat suddenly veered to its left as well. The right hand side of the bike and my right leg hit the goat. I managed to keep upright and stopped. Or at least tried to but could not find the right brake pedal. It was bent 180 degrees backward. I looked back and was convince the goat must be dead. Then it moved its head.

A car coming the other way also stopped. Fortunately it contained an off duty gendarm who took control. I went to sit with the goat for a while. It was awake and aware and seemed to enjoy me scratching its head; but it was obviously not going to survive. I felt sick not just from the state of the goat but because the shock of it suddenly caught up to me. I had to go sit quietly on my own. The goat herder had turned up with a knife and I did not want to watch the next bit.

The gendarm checked my papers and gave me the all clear. I gave the goat herder some money as I felt guilty even though I knew there was nothing I could have done to avoid it.

My brake pedal bent back into position with some brute force but will need welding at some stage because there is a crack in the existing weld.

It must have been a shock for you to hit the goat but you were not hurt thank goodness and the bike is still operational! The tracker shows a direct route across the sea to your present location, so perhaps the heat is getting to it?

The tracker software wad updated by the developerand now does not work as well. I have asked them to investigate or go back to the previous version